A slightly too retro of an album

The year 1997 was the year my sister,  singer Paula Seling, was offered a small recording contract in a german studio, with a crew formed by german and australian songwriters/arrangers. The album was also produced by a romanian N.G.O.,the Phoenix Foundation , it was called „Only love”, and contained a few very nice love songs. One of them is „Nothing but the blues”, a song that I loved for its simple and airy arrangement.

I „made” a video for it, trying to illustrate a bit the conditions in wich a local musician is forced to live his life, the post modern times where precarious modern architecture produced by the former comunist regime started to be mixed with horrific extentions and all kinds of other illegal constructions.A whole country was ingulfed in 15-20 years of „transition” by a celebration of bad taste in almost all aspects of social life.

I was also trying to ilustrate in a minimal/aesthetic manner the effects that this avalanche of bad taste and horrible social representations of the „fight” between new „classes / norms / representations ” , „past versus future”, „east versus west”, etc, can have on the unaware mind.

The backround „movie” was actually filmed with a small handheld camera,  vectorised frame-by-frame in Inkscape; then reinserted into an „epic chain” that is in fact neverending in its absurdity.Not to mention the „episodes” are being mixed randomly, to somehow illustrate de lack of actual meanings for all this amorphous reality.The visual disaster being so obvious, the irony comes from the easyness in wich these clips can be remixed in every type of „order”.

My intention was to prove that a message can be sent via :

1 ) an informal / non affiliated „construction”
2 ) a language that does not actually exist, cannot be copied, duplicated or even replied to in/with the same terms ( we are talking here about hand  drawings of the simplest lines )
3 ) there is a complex / complete connection between rythm and texture / appearance when it comes to language / expression, and the two cannot be separated when sending a message.
4 ) „inventing” something „on the spot” does not necessarily mean that it will
be illogical or pointless

With the rough representations of both the landscape and the „drawings”, I was also trying to suggest that isolation and information deprivation can alter your skills beyond repair.

More critique was sent „out there” to people that do not believe that :

1 ) containment and minimalism can express powerfull emotions
2 ) using only copies of „stuff” canot result in something new and original ( well, copying of the actual landscape cannot be actually called „copying” but still the idea is there )
3 ) the hand drafting style cannot be changed and still remain „truthfull” to some principiality ( some critique to purists )

Some questions remain attached to this „experimental” movie :

1 ) is the repetition of an absurd, irregular and brutal urban space, on all axis of devellopement ( even on a time axis ) really leaving a permanent mark on the general perception on human comunication, harmony of all types of interactions, and even twisting the perception of „natural beauty” in irreparable ways ?

2 ) is it so that the lack of coherence in the urban representations of living space is actually modifying the general perception even on colours, not to mention the general sense of well-being, and even the colective representations for the future ?

3 ) Is „the architect” to blame for creating an urban „cultural mass grave” that eventually engulfs creative energies in all areas of devellopement of such a post-comunist society ?

I dare to say that all those questions deserve a „yes” for an answer, and even more, that the whole phenomenon is somehow enclosed in itself, the urban landscape becoming a perpetual reminder of all inconsistencies of such a society. With its insidious symbolism ( or lack of ), rarely perceived or understood by people who „grow-up” in such environments, the „mass grave” acts on a continuous basis as a collective physical projection of a certain state of things.

So this video became a little „experimental” movie illustrating in just 4 minutes some of these issues. Of course I dared to also say that the „local” musician can be nothing else than another element in an absurd order, an emissary that is usually celebrating freedom of expression in all forms, here being „employed” to actually participate in a frenzy of either bizarre (re)interpretations/(re)enactments of such idiosyncrasies, or as a catalyst for certain types of anaesthesia.

* more on these issues, here : https://cashidelucs.wordpress.com/ 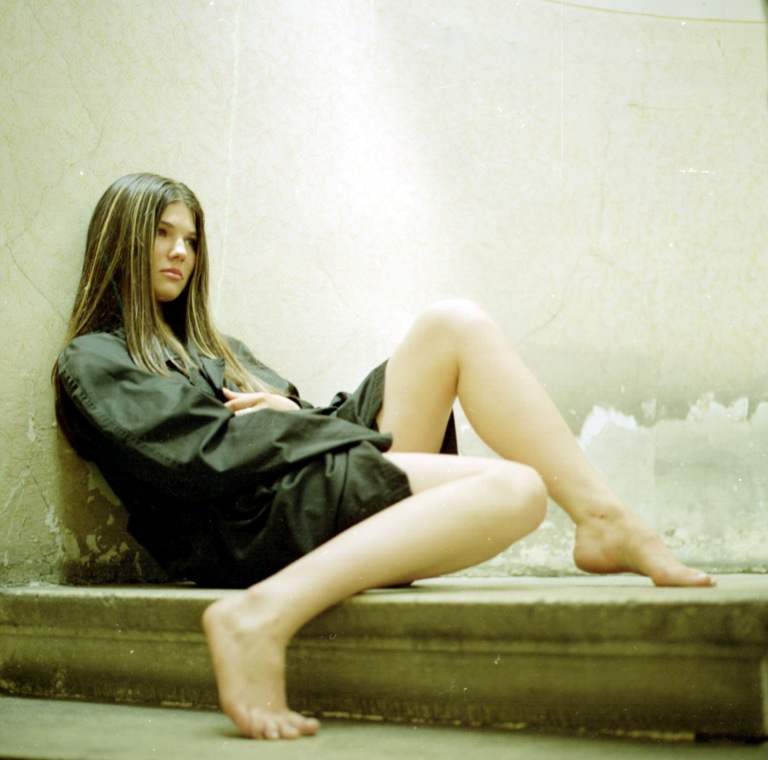