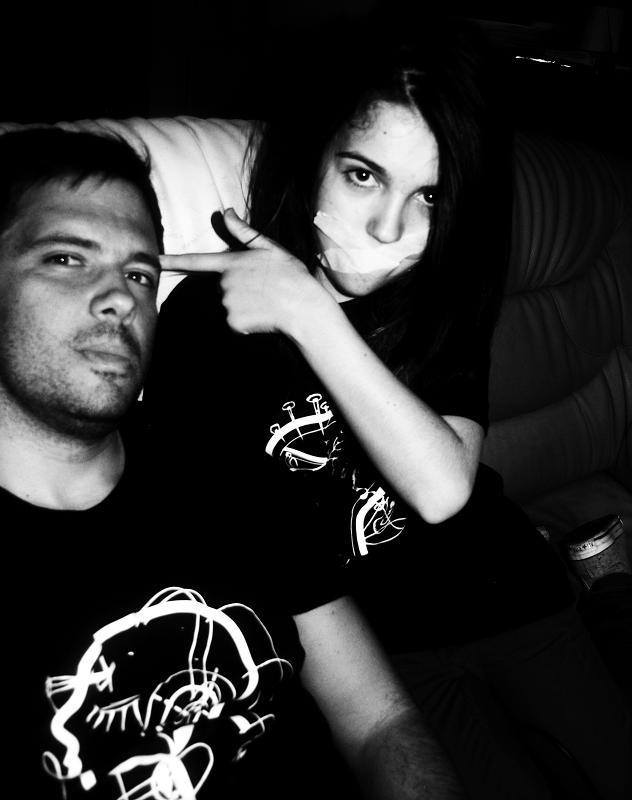 5 years online ( not really a 5 year plan, but…it happened ).All activties woz related to some personal research + devellopementz around some notions/ideas that woz somehow unclear to me in those times ; not to mention they were pending in my mind and somehow asking for some kind of…closure.

Choosing  the „LINE” as a minimal form of encription ( an „elegant” choice ? )

First, there was a really old idea of exploiting / exploring a/the graphic „line”.I somehow had the chance to learn to draw by myself, from some early ages ( 5-6 ), so, for a longtime, this idea of „owning your line” remained the only…witness I had in mind when it came to developement in areas of personal expression.Not to mention that the simplicity of the personal touch when it comes to graphic lines is…well…leaving not much space for theoretical/practical…debates.Maybe that is another reason why I needed to try and work/evolve around this concept : and yep, also because it was/is a tight space to work around, it`s therefore somehow challenging.

A few more ideas remain attached to the ” evolution of the graphic line” paradigm. The graphic line remains a common „asset” when it comes to most of the creative fields, be it visual arts, design, architecture. I think every „art field” uses complex ideas that are somehow attached to the idea of a „line” : the drawing line, devellopement line, the …”epic- line”, the…”time-line”, and so on. Of course the „visual / visible ” line, or that used in drawing, remains though the most „in your face”, simple, valuable, proof of existence of a personal space / experience / creative life, etc. ( and somehow verifyable )

Going back to the simple drawing line, old memories were haunting me : those of incredibly elegant cave drawings, with their minimal and simple lines, images that marked my whole existence; and then, mostly while progresssing in creative mediums where people were …well….hardly managing to draw properly (  sadly, ironically even ).

So I chose a …narrow path, of working around „a graphic line”, and to put it to work in the new conditions I was facing since 2010 : going online on Facebook, after leading a completely anonymous life. The new …”personal-marketing platform”, Facebook, was supposed to help me re-invent or at least complete / change my…social persona , as it might have been perceived by people I knew.Also, I was hoping to conduct some more personal „experiments” around social perception on arts, creativity, the interactions bewteen creatives , public ( or else ) in new cyber spaces, etc.

BLACK & WHITE for a … complexity of simplicity

So other than going as simple as possible into the new digital social/popular areas, I chose to work mostly in black & white.This was supposed to bring maximum of contrast in a few different mediums that use so many different graphic languages ( colours, layouts, menus, etc ),while keeping things easy to „capture attention ” – both for the experimented / unaware minds. I strongly believe that the character of the drawing line is easily perceived both by the educated and the unexperimented eye. Be it „vibration / character / style / etc, the „line” is easily viewed and absorbed into the mind, and the more the creative is experimented, the more minimal details, minute manipulation or subliminal features can and will be „squeezed” in the viewer`s eye.

I also took note on the ways the uneducated public receives these creative „artefacts”, versus the way a professional understands them. Of course a professional is more or less inclined to judge them through a complex buffer created around personal education, culture, profession, etc ; so again, my choice was around the „line” as a common meeting place for all kinds of public ( maybe, just maybe, involving a lot of irony also ).

Related particular reasons for this „chapter”:

Then again, a simple line drawing will be easier to attach to a creative`s image / personality, so I thought this would have been a good idea to start with. As I always do in experimental moods / times, I always push things as far as possible and like to finish everyhing when the whole…arrangement has been…well…”maxed out”.

So how can a „personal graphic line” be develloped ? I thought that it can be either educated (  thing I was willing to elude for this particular phase ), or left alone to devellop itself in time. More or less I chose a second layer for devellopement, in the interaction space

I have a deep affection for art movements/ schools like the Bauhaus, so for I while I was meditating on the chances a certain similar condition for education / living could occur in modern times. I mean I still dream of owning a few pieces of furniture from Le Corbusier. I was also meditating on the types of interactions that can occur between established education systems and…well…creatives of all sorts ; and the current state of affairs, the open internet, etc.So I chose to go, again,  with a mixture of a symplistic combination  :

Why I actually love at the Bauhaus movement is actually the coagulation of collective talent, the multidisciplinarity, of course the passion and the hardwork those people woz inflikting on demselves.